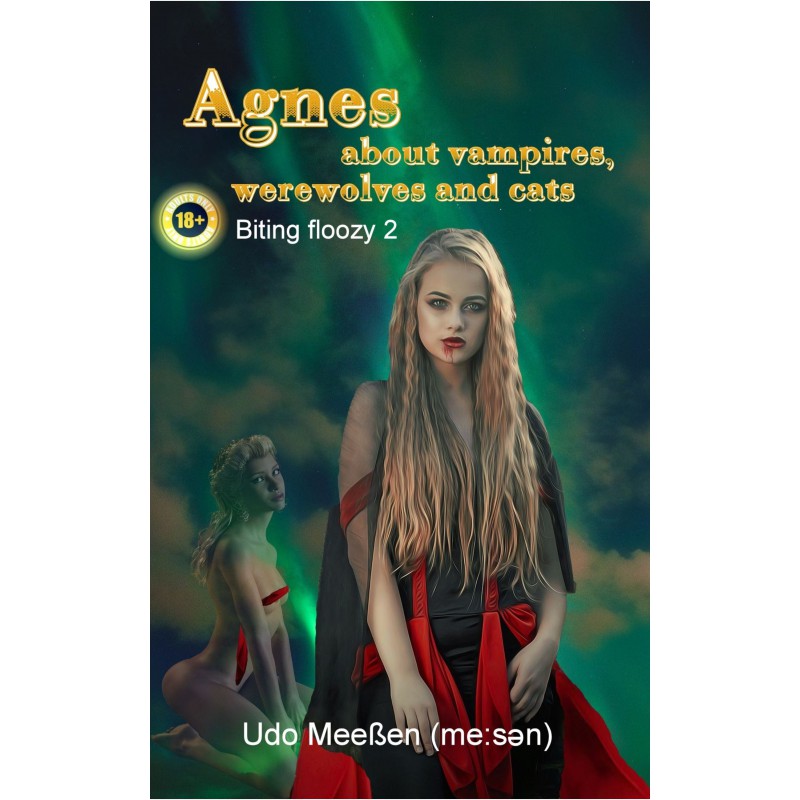 Agnes is sixteen years old, fired from her home because she rebels against her domineering mother and doesn't want to be spanked bare bottom. Mother forces her to move out of the parental home and acts cold.A short time later, Agnes is stabbed in the butt by a mosquito and her life begins to change very drastically.Against all obstacles and resistance, she gets her act together, becomes a doctor and manages to get her unwanted daughter, who was conceived through a rape, through.This is her confession of life, which leads us into an almost unbelievable depth, an abyss of human existence and describes the cruelty of man in its worst colors.Vampires, werewolves and were-cats exist, are real and Agnes tells us their unholy story. A story in which she, the lesbian, bloodsucking floozy, plays a leading role.