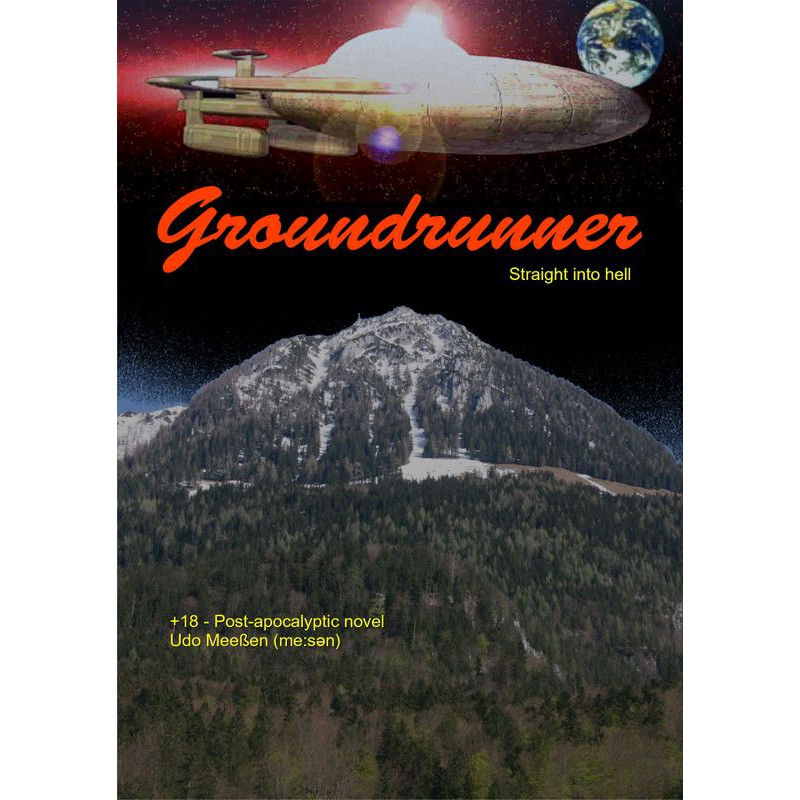 In the year 2488, 320 years after humans made the earth uninhabitable, the groundrunners, 120 young men and women, the eldest just 16 years old, who were raised on the damaged settler ship Pamplona since early childhood to be elite soldiers, land in the Australian outback to find out whether humans can live on earth again. If they can show that it is possible to live on Earth again, they should conquer it at any price for the crew and the settlers on board the Pamplona and prepare the landing of the ship. Major Ruth Stiegler, 15 years young and already mother of two daughters, is the leader of the groundrunners and must keep her troops together in an inhospitable, post-apocalyptic environment full of danger and lead them through the rough land into a fertile valley identified by the Pamplona scanners. But life is tough, always finds its way, and when people left the earth, not everyone made it, leaving many behind in the nuclear and volcanic winter. Most of them died in the cold and darkness, but small groups survived, defied the unhappiness, and their descendants developed into barbarians in whose tribes life is worth nothing. Ruth must very quickly and painfully learn that they and their groundrunners also have limits and are not invincible. At the end of the arduous, loss-making journey, not only the fate of her followers lies in her hands, but also that of the people waiting on the Pamplona, and she must make a decision.