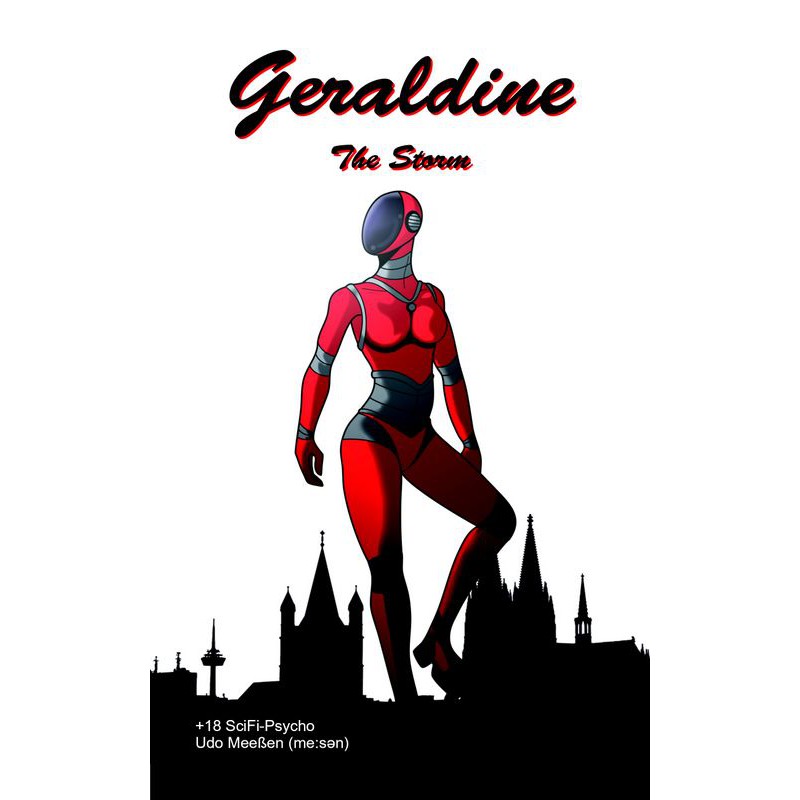 Geraldine Stromp, daughter of a big industrialist and a neurologist, is a normal girl. Until when she's six years old, unspeakable pain begins to torture her.The doctors are at a loss and their therapies are no more than unfair, borderline experiments, which do not help her, but lastingly damage her body in an almost 12 year long martyrdom.In the end, she lies in an exoskeleton surrounding the whole body, locked on a couch in a psychiatric hospital and vegetates there.She herself has long been far too weak, unable to move, but the carelessness of a nurse and the servo drives in her tank suit enable her to escape from the clinic. She only wants one more thing... to die, give up and despairs of the fact that the protective titanium shell doesn't allow her to.When she finally thinks she has found a way and is about to put an end to her life, to her disappointment, she is prevented from doing so and sinks into a wholesome sleep in the care of a woman who sincerely loves her.At Irina's side she becomes a cheerful, young and beautiful woman who slowly leaves her suffering behind.But then it gradually reveals to her that she was never sick, but the victim of a perfidious plan that still casts its shadow over her life.Chief Detective Stecker of the NRW State Criminal Police Office has to investigate and regularly ends up at a dead end, because the last evidence to complete the puzzle, which would allow the guilty parties to be charged, cannot be found.Geraldine has to take the law into her own hands if she finally wants to find peace, and the policeman jumps over his own shadow and shows her the way to revenge.