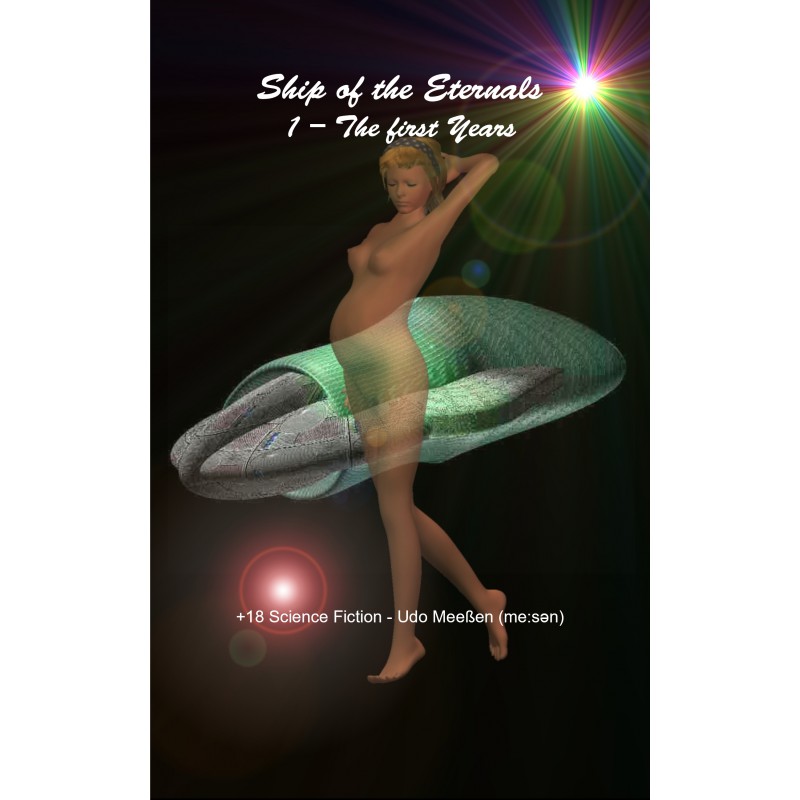 Ship of the Eternals - 1 - The first Years

On 8 October 2168, the Prime Minister of Socialist Great Britain instigates a brief nuclear war because the Terra Federation snubs him and does not take him seriously. One of the consequences of the short war is that the massive Yellowstone Caldera erupts and nuclear and volcanic winters mix, the world threatens to sink into cold and darkness, and people decide to exodus from Earth if they don't want to die.One of the countless ships leaving Earth's orbit in large convoys is the Simone, a Hyronblast private ship built in the orbital shipyard of the Rolls Royce Works, owned by four couples and occupied by about 200 people.Forced by the accident of one of the other ships of the convoy, the Simone is separated from the convoy, has to find her way through the vastness of space on her own and flies into the unknown.One of the eight owners of Simone, Tom (Thomas) Weiler, is already 156 years old at this time, thanks to a special gift from his wife Helva, and has eternity ahead of him, while for unknown reasons all male crew members first become barren and then die.Nobody knows if and when the Simone will ever reach a planet on which the crew can settle and build a new home, and Tom is well aware of the fact that he could be the only man on board in just a few decades.He has to make a decision if the population on board is not to collapse and perhaps die mankind's last hope.But is his decision ultimately the right one and what about the over 90,000 people in the damaged container ship that the Simone has been towing for 38 years?