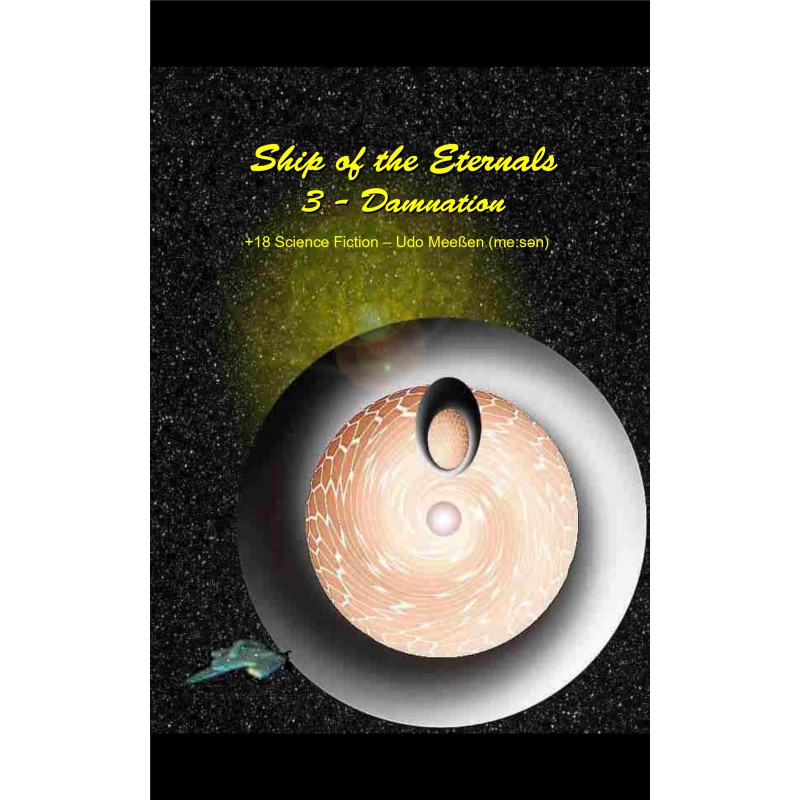 Ship of the Eternals - 3 - Damnation

In 2358, after countless adventures, the Simone, the ship of the Eternals, was finally inhabited only by immortal humans and eight Class V androids.Over the years and decades, all mortals have gradually died, including the Wardesi-human hybrids, which originally received the nanites from their immortal human mothers. They came to the point of wondering whether a population of immortals was really desirable, and began to realize that they would eventually become a plague crushing all other lives because the need for resources would inevitably exhaust one planet after another.They got rid of their nanites, which guarantee their immortality, in order to live normal lives as mortals and make room for future generations.Tom, the ancestor of the immortals, the human women and the eight android women inevitably come to the point that they ask themselves whether it is worthwhile to experience for all eternity again and again, to make friends with mortals, to love them, to live with them, and then to watch them die and be buried sometime.They are tired, tormented by fate, and before all Tom, who, when Helva made him immortal, insisted on remaining the only one of his kind, just doesn't want to anymore. Even his abysmal love for Helva doesn't change that.A decision has to be made.Does Simone ignite her engines one last time, or does she fly further into eternity as the ship of the Eternals?