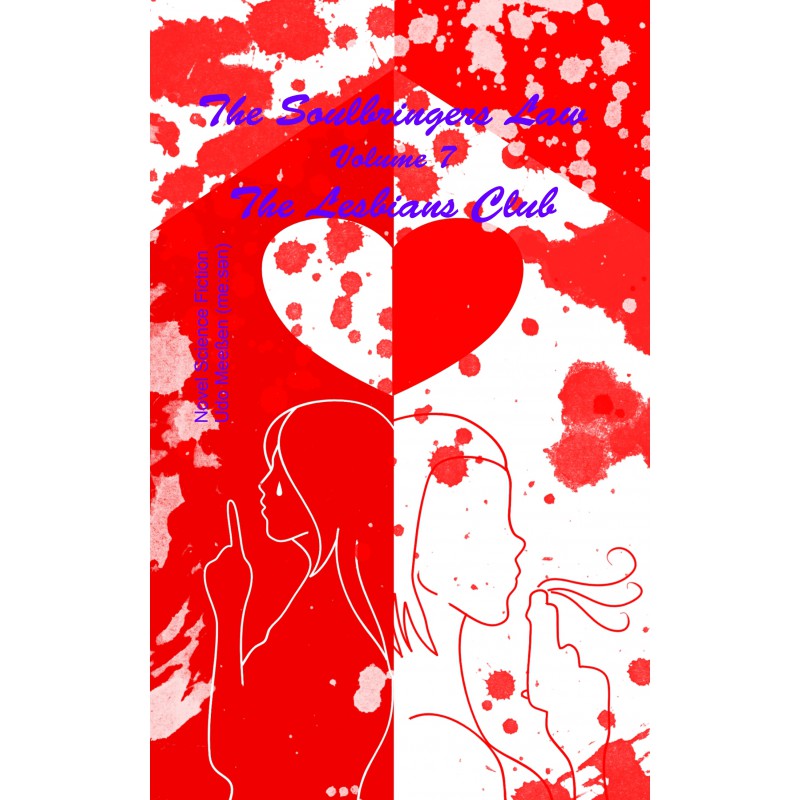 The Soulbringers Law - 7 - The Lesbians Club

Kim Haveris, Kim Seiler, Ruth Wehrheimer, Ruby Jehudin, Svastika and Nina Baumeister and finally Rutger Cornville and Arthur Dauerhuber all have one thing in common.They are soulful androids of class V, which was developed by Syndroid AG on Earth, before Exodus 2168.Common to all of them is also that their way through time, until they gradually arrive on Demeter II and find each other, is not an easy one and they suffer agony.Some of them were created under strange conditions and not all of them already on earth at that time, but in a spaceship in the vastness of space.Until they find each other and finally find peace, they all endure great suffering, exploitation and abuse. And then, when they can finally live in peace, the shadow of a brutal series of murders sinks over them. They are forced to see the gruesome murders quasi live through the eyes of the murderer and cannot help but actively join the search for the beast and thus repeatedly watch further murders.When the murderer is finally exposed and they believe they can finally live in peace, the android Catherine Trafalgier enters their lives and it is revealed that she was never aware of being an android. More than that, it turns out that she has forgotten her entire existence, which lasted over 150 years, except for the last 25 years.The Attorney General on Demeter II, who has already developed a first initial suspicion in the investigation of the brutal murderer, realizes during the research of Catherine's case that she is unintentionally a key figure in an evil game of corruption and abuse of power.