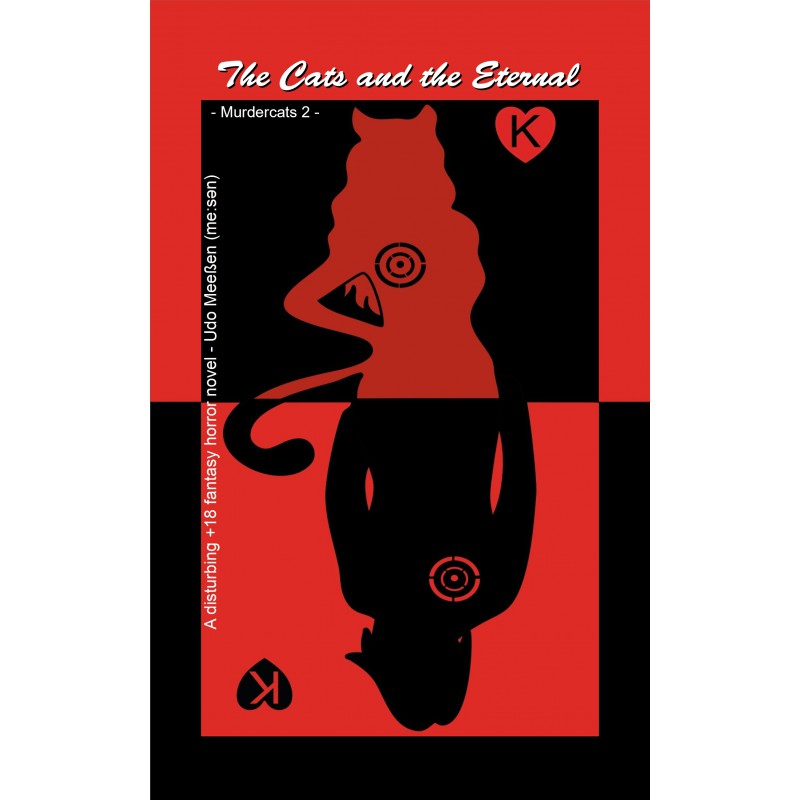 The Cats and the Eternal

"The Eternal" and the "Murdercats" meet in 2910, when Phoebe, Priscilla and Naomi, driven by Priscillas dreams, appear in the high thaunus.It quickly became clear in "Murdercats" that the call that reached Priscilla in her dreams was that of Nikita, who had been trapped and suffering in the cellar of a house buried since the Third Reich.The cats, the Eternal and his wife, the soulful android Ramira, clearly recognize that they fit together perfectly because of their different, non-human nature and decide to live together in the form of a large family.When the perverted murderer, who had accompanied the Eternal for centuries unrecognized and whose path was paved with corpses, revealed himself and was handed over to the jurisdiction, the insanity of the senseless, brutal murders seemed to be clarified and the innocence of the Eternal proved.But then the senseless murdering begins again and the Eternal is tormented by blood lust and cruel dreams in which he rapes and murders as brutally as the other.The other one, who called himself only 'I' and it was apparent that it was he who imposed immortality on the Eternal, was condemned to death by lethal injection and executed for the more than 370 brutal rapes and murders. So it should be quiet, should there be no more crimes of this kind with his handwriting, but shortly after his execution the killing begins again and makes the Eternal doubt his sanity.The cats, Ramira and him, as well as new companions who join them, slowly circle the truth and finally come to a cruel realization.'I' was killed and buried, but he did not really die, rose again and continues the slaughter, while the hunger for human flesh in the cats is growing.Is the Eternal a murdering beast like this other one, with whose fate he seems to be connected? And how do the cats deal with the hunger gnawing at them? Can there be a future for the Eternal and the cats under 'normal' conditions in a world dominated by humans?