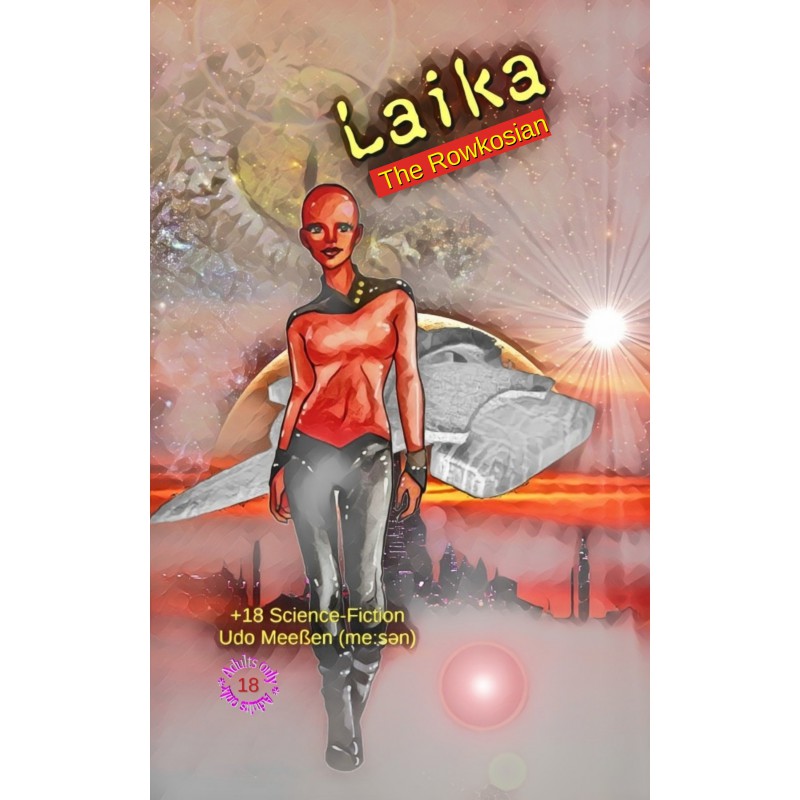 Laika, a Rowkosian, was forcibly recruited as a six-year-old, abused for the first time and forced to go to a war she did not want.Sitting in the cockpit of her hunter as an eight-year-old, she decided not to fire the final shot, but to spare the six-man crew on board the enemy ship and ask for asylum.In 2940, almost 36 years after the war, her selfless act is almost forgotten and she lives in asylum on Alvana IV as the only one of her kind.She is lonely and is shunned because she is the enemy, she is a Rowkosian.Then the Rowkos try again to invade Alvana IV and Laika rises for the freedom of the people, by whom she is despised because it is also her freedom.It is her long journey, marked by suffering, love, loss and pain, which finally leads to the fall of the Rowkosian Empire and brings peace to Alvana IV.But does Laika also find her peace?